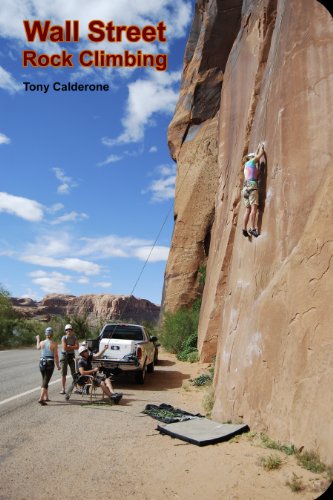 Well done, and a fine lead by Willie. Mike and I took James out for his first ever trad route. First route a Hard Severe, the lad did well. I lead the first pitch and Mike took the sharp end for the second. Led p1 with RobScarisbrick. Decided to head left instead of right.. Nice climb. Average gear on first pitch. I led P1, Barry led P2. Gear was a bit fiddly, and lower half was covered in a fine coat of sticky clay dust.

Line was wandering but nice - "protected the traverse too well" and managed to get one rope running under a big knobbly flake, so severe rope drag near the top - made the final moves quite exciting. Worth it for the belay ledge alone. First pitch is very enjoyable with plenty of big holds - not so great if you have lots of rope drag apparently :- Second pitch is tougher than it looks from the belay. Ab in from the belay stake to land on a big boulder, but prepare to get wet feet moving to the start at high tide. Lead both pitches, seagulls nesting.

P2 with TiffTiff. Good route. Lots of gear. Led a party of three up both pitches. Belay stance was plenty big enough for a comfortable change over.

Take care of rope drag at the end of the first pitch. I led first pitch. Very cold day. Early ,s, climbed. Abbed down only to realise that we weren't going to be able to climb the route in the tide conditions. Climbed back up on ab rope. Led P1. Traverse a bit exciting. Dropped my belay plate in the sea. Nice route gets 3 stars on ukc, give it two cos I was scared on it. Aparently I've done it before but there was no loose scarey finish this time, must have gone the wrong way last.

A great route for those climbing with the strong of character but weak of arm. Toms first sea cliff and first hs with TomRiddelsdell. Mike led p1, I led p2 with stonemikey. Abbed in onto a little rock surrounded by sea - then had to jump into the sea and wade across to the start of the route - doh! Lead P2.


I lead P1, Andrea lead P2. Led 1st Pitch - Thought it tougher than the last time I was here! Lovely first pitch, exposed but easy for grade - jugfest with Mike McKenna. Lead in one pitch. Rope drag wollolol with Sam Lands. I got too sweaty and it all got too intense leading the first pitch. The start is the crux unless you have 10 foot legs! First route at Swanage, found it hard for HS!

A good introduction to Swanage I think with Nick. Led P1 with Joemanglerocks. Lead P2 with TimKnight. Climbed in the dark with headtorches. Ab rope got tangled round boulders in the sea. Meant that I got to go swimming to get it back. All good fun :- with Will. Led both pitches to try and get my head back in. Lead first pitch seconded the second, great route worth doing again. Then by the time we topped out glorious sunshine.

Ian knocked his stove over and nearly torched the ledge TW T with ciderspider. Fantastic big atmosphere multi pitch lead pitch 1 first time around, went down to do Oran and couldn't get to start due to tide so did it again, this time lead pitch 2.

Great route!!!! Traverse to belay ledge a bit sandy with MarkRyder. I led 1st pitch, Tris led 2nd. Led pitch 1. Cracking atmospheric route, one of the best I've done on rock this year. Felt low in the grade though given that there are jugs all the way. I led pitch 1 with Perryman. Chris led the first and I got to top out 'the loose earth of death' free! Cracking route all the way. RD P2 with smolders. Patrick P1, me P2.

The Hardest Rock Climb in Thailand

Felt right for the grade. A hold broke off the traverse of the chossy break at mid hight. Please try again later.