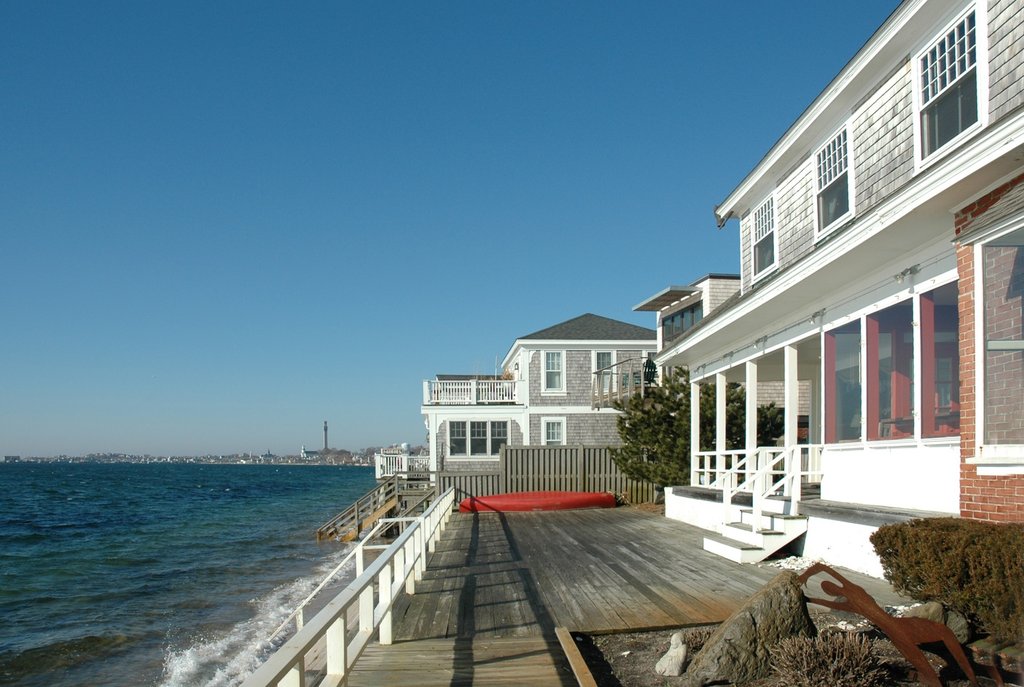 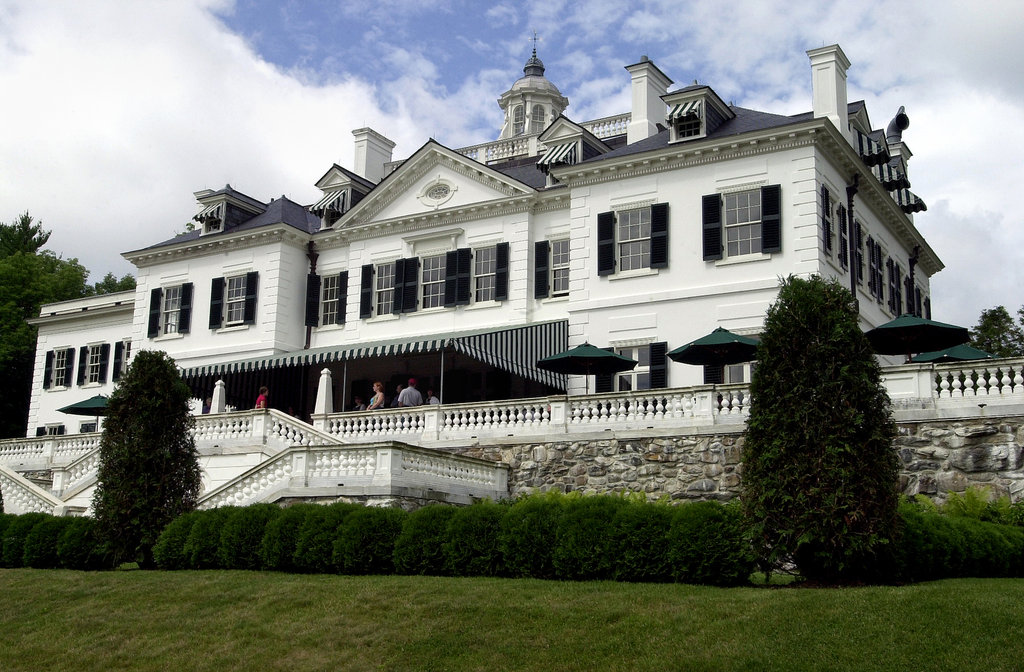 Read the review here. Joe Kelly: I Kill Giants Here it is: a compilation comic of striking artwork and an unnerving story of fantasy, monsters, and disaster. Barbara Thorson is the eccentric and geeky young girl of great confidence who guides us through the pages. I Kill Giants is a work of beauty. Read my brief review here. John Knowles: A Separate Peace The textual chatter works from the edges in, dissolving the story's substance.

It has all the subtlety of a stubbed toe. Their telling is agile and nuanced; while concise, each story has a sort of lingering feel about it. One reads this book feeling as if we, like the characters peopling a post-industrial land, are on the edge--a way of life ended, or begun; the ground shaking beneath our feet; lives strained and transformed; the smallness and bigness of it all.

This is a wild, soaring, stylized, hilarious, heartbreaking, and highly-voiced novel, one that indulges in tale-telling and, in the ample footnotes, passionate essaying. John O'Hara: Butterfield 8 What a bizarre book this is. Josh Neufeld: A. But I don't really like the book he made. She plays with our expectations of gender. Class reigns heavily on the story. McNeil collects myth and futuristic technology, and collides them together in a way that dis-locates the reader. Isak Celebrating Tales and Truth. Home Archives Profile Subscribe. But let's get to the point. Here's Anne:.

I'm not sure my mind ever changed in terms of being skeptical about these museums, but I found so much to love, and so much of interest, at the houses. Not usually the stories the houses are set up to tell, but other ones that I found. I would interview them and just sit and listen, fascinated. I was also intrigued by the others who were at the house when I was: my fellow tour-goers. I loved talking to them about why they came to the houses, and what they thought.


And by visiting the houses I also visited a lot of places I would never have gone to otherwise. I had a fascinating weekend in Dayton, Ohio and learned about Dayton in the early 20th century, when Paul Laurence Dunbar lived there. I went to places in Philly, Baltimore, and the Bronx I would not have gone to otherwise to visit Poe houses.

The other thing that changed my mind was learning about how many people do find these houses so inspirational and moving. I could not argue against people telling me, with so much emotion, how important going to the houses was for them, how much they got from being in the place an author once lived, worked, wrote. I still do not feel it myself, but I am moved by hearing how moved others are. And the more I researched, the more I was convinced that literary pilgrimages are pretty transhistorical. People flocked to Petrarch's house shortly after he died!

And the house is ersatz, not the same one he lived in!

And Petrarch himself thought all this author worship was silly! I think I enjoyed being proved, over and over again, that going to a writers' house was a significant experience for so many. And certainly I was protesting too much about finding these places silly, because I kept going, and decided to write a book about them. What smart questions you ask!

I would hesitate to use the word dangerous for anything involving literary history. But some, like Hannibal and Orchard House, are involved in myth-making about their authors that perpetuate certain notions about literature and authorship that we should question. In both I see the tendency to conflate fact and fiction consonant with a contemporary desire for empiricism in literature: we want to believe that novels are based on fact, that novels are, really, memoirs with names changed.

New century, new books, and a TBR stack that never seems to shrink.

That is an impoverished view of literature, one that shackles the imagination. I love your rant! Methinks we think very similarly I did ask the foundation if they would award me a large grant. I did not ask about this idea. One thing I tried to take pains with in the book is not being snarky, and particularly not to denigrate the work that people at these places do. I admire and respect anyone who dedicates themselves to public history.

I do think it is easier to change the reputation of an author than it is to change a historic house. That sounds weird but to explain: historic houses, especially ones run by federal, state and county goverments are under many restrictions, protocols, etc. Deaccessioning, acquiring, preserving, etc. And money is always tight. But our understanding of who Alcott was and the worth of her writing is easier to alter. Teach her in schools as a serious novelist. Teach her life story. Write brilliant books like John Matterson's Eden's Outcasts.

Heck, I bet agents would be interested in some projects that make an American novelist like Jane Austen is today--the subject of endless spin-off books, movies, etc. The stories we tell about our authors are alway just stories, open to amendment.

Hemingway's reputation has fallen over the years, due in part to reconsiderations of his work and life. And of course some authors are "discovered'" only after their death: Melville is a great example. And speaking of Melville -- people have been writing about him and about Whitman as gay, or having homosexual tendencies. Another example of how reputations change. It took me a very long time to figure out who my audience was for this book.

Not just academics, I knew that. But who else? And how would I talk about these places in a way that would engage non-academic readers? I had to invent a new language for myself, and I had to figure out a lot of things about structure, tone and voice. At the same time that I was wrestling with this, I was starting to write for general audience publications--magazines, book reviews, etc. In other words, I spent a few years teaching myself literary journalism as I also tried to crack the code for Skeptic's Guide.

I had always loved and admired literary journalists -- another phrase for me is public intellectuals -- above all.

The Skeptics Guide to the Universe - Talks at Google

My heroes are Lionel Trilling and the gang at the Partisan Review. But when I was coming up, as it were, there did not seem to be a pathway to doing this sort of work and writing. Academia had attracted many of the brightest, at least that's what I thought. So that's where I went. Okay, I'm getting to your answer, just winding my way there: So writers' house museums are sort of looked down upon by many academics. She hits literary pay-dirt in Concord, Massachusetts, the nineteenth-century mecca that gave home to Hawthorne, Emerson, and Thoreau—and yet could not accommodate a surprisingly complex Louisa May Alcott.

A Skeptic’s Guide to Writers' Houses

She takes us along the trail of residences that Edgar Allan Poe left behind in the wake of his many failures and to the burned-out shell of a California house with which Jack London staked his claim on posterity. In Dayton, Ohio, a charismatic guide brings Paul Laurence Dunbar to compelling life for those few visitors willing to listen; in Cleveland, Trubek finds a moving remembrance of Charles Chesnutt in a house that no longer stands. Why is it that we visit writers' houses?